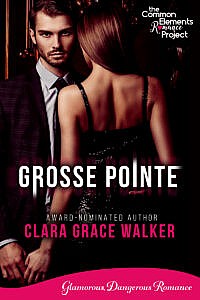 Five months ago, Bexley Hart moved from a small town in Texas to the posh suburb of Grosse Pointe, Michigan. Her life since has progressed like a fairy tale: her interior design business is off to a great start, she’s making friends, and best of all, she’s dating Vaughn Humphries…the most eligible bachelor in the metropolitan Detroit area. Vaughn is everything she’s ever hoped for – handsome, successful, smart, and oh-so-very polished. It’s almost like everything in her life is too good to be true.

And maybe it is…

On the night of Bexley and Vaughn’s first date, a young woman is found dead…her body dumped on the grounds of the prestigious country club where Vaughn is a member. Rumors swirl around town about the girl’s death, and why she may have been killed…rumors that only intensify as another young woman is found murdered…and then another. The Country Club Ripper casts a terrifying pall over the Grosse Pointe communities, and as the glittering façade is peeled away from Bexley’s new hometown, more dark secrets are revealed about its inhabitants. And more and more, summer in a place filled with dinner parties, golf games and yachts starts to feel like an episode of The Twilight Zone. And just why does Detective Max LeBec keep questioning Bexley about Vaughn?

Her unease grows with each new detail she learns about the man she’s already falling in love with, causing her to question every step she’s taken since leaving home. Is Vaughn Humphries really the man of her dreams, or is he like the town he lives in…shiny and polished on the surface, but dark, mysterious and deadly underneath?

Her life may depend on finding the answer.